The Guardian: To prevent another Christchurch we must confront the right’s hate preachers 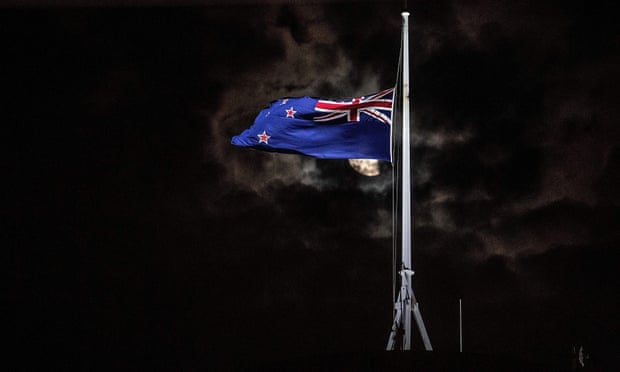 Jonathan Freedland is a Guardian columnist
--There are coping strategies for dealing with terrorism and the feeling it is meant to induce, namely terror. One is to tell yourself, it won’t happen to me. Following the massacre of 49 people at prayer in two mosques in Christchurch, New Zealand, many non-Muslims might be saying to themselves, if only in a guilty whisper, “I am not Muslim, I’ll be OK.” Another strategy is to tell yourself, it won’t happen here. That’s hard, though, for if it can happen in a country that has long seen itself as a serene haven, distant from a turbulent world, then it can surely happen anywhere. And still others may fall back on that perennial reassurance: this was just one deranged individual.

The trouble is, that last solace is becoming impossible to sustain. The terrorists of the white supremacist right are telling us as loudly and clearly as they can that we are dealing here not with a handful of sad loners, oddballs or psychopaths, though they may be all of those things, but a global, if diffuse, movement with a core ideology – one that draws strength and succour from political leaders, including those at the very highest level.

The man suspected of the Christchurch killings could not have been clearer. He literally spelled out his meaning in words and slogans daubed over the murder weapon itself, to say nothing of his supposed manifesto, published online. Through the jumble of incoherent ramblings, the motifs keep leaping out, the nods to those he imagines to be his comrades around the world and throughout history. He is telling us that he is no faraway one-off, but one of many in Europe and the US who have a world-view – and mean to see it implemented.

The title of his 74-page document is The Great Replacement. That’s the doctrine long advanced by the pan-European Generation Identity movement, which holds that the white, Christian population is under threat from a deliberate effort to replace it through Muslim immigration. It’s the same idea that echoed around the pageant of neo-Nazis and Ku Klux Klansmen through Charlottesville, Virginia, in 2017 – the one praised by Donald Trump as including “some very fine people” – where marchers chanted “White lives matter”, and “Jews will not replace us”.

Those men carrying torches in the Virginia summer do not believe that the US is about to become a majority Jewish country: rather they imagine a Jewish plot to replace the white population with a black, brown or Muslim one. Note how the Christchurch suspect referred to Muslim immigrants, many of them refugees from some of the world’s most appalling violence, as “invaders” – the same word used to describe Muslims by Robert Bowers, who shot dead 11 Jews at prayer at the Tree of Life Synagogue in Pittsburgh last October. Bowers seems to have targeted that specific community because it was deeply committed to voluntary work resettling refugees, many of them Muslims. To Bowers, that looked like evidence of “the great replacement” in action.

The Christchurch suspect also pays homage to other killers of the far right, including Darren Osborne, who attacked London’s Finsbury Park mosque in 2017, killing a worshipper; Dylann Roof, who gunned down nine African-Americans churchgoers in Charleston; and, inevitably, the Norwegian mass murderer Anders Breivik.

There are two key points to make here. First, we need to pursue, discuss and think about these killers the same way we do their violent jihadist counterparts, who they resemble so closely. After 9/11, we instantly understood every jihadist attack as part of a global terrorist problem; we did not probe too deeply into the psychology of each killer, wondering when exactly they went off the rails. We weren’t, frankly, that interested in the state of their mental health. We understood them as part of a global phenomenon that had to be fought hard – with both strength and ingenuity. Now we must do the same with this murderous form of white supremacism, which has brought pain and bloodshed to every corner of the world.

We should emulate a second understanding derived from the struggle against violent jihadism. Most, including those on the political right, were quick to accept that not all those implicated in that movement were themselves involved in violence. The guilt of some – we called them hate preachers – arose from their advancement and legitimation of extremist ideas, radicalising young men (almost always men) who then took up arms.

If that logic applies to jihadism, it should also certainly apply to the threat from far-right, white supremacist terrorism. And who exactly are the hate preachers this time? There are loudmouth pundits and rabble-rousers one could name, but more important are those rightwing populist politicians who are advancing across the democratic world – many of them aiming to make great gains in May’s elections to the European parliament.

Consider the message of Viktor Orbán, prime minister of Hungary, who repeatedly casts himself as the defender of a Christian European civilisation under mortal threat from Muslim immigration. Or Matteo Salvini in Italy, who presses the same buttons, winning power last year by arguing, among other things, that: “I don’t want to end up like Great Britain, which has Islamic courts instead of British courts.”

If these men give legitimacy to the narrative of “replacement”, then their ideas are, in turn, legitimated by the populist-in-chief in the White House. White nationalists in Europe and beyond were hugely encouraged by the 2017 speech Donald Trump delivered in Warsaw, depicting a Christendom under siege. “Do we have the desire and the courage to preserve our civilisation in the face of those who would subvert and destroy it?” he asked.

Trump, like Orbán and Salvini, will of course issue ritual condemnation of the Christchurch suspect, denouncing all violence. But Joe Mulhall of Hope Not Hate is surely right to say that if politicians, as well as far-right commentators, keep insisting that Islam is incompatible with the west and that our way of life is under threat, “then some people will understand that narrative as demanding action beyond the ballot box”.

It may be a consolation to see the Christchurch killer as one of a small handful, many thousands of miles away. But the truth is much less comfortable, that such killers are only the most violent expression of what Mulhall calls a global “ecosystem of hate”, one that includes some of the most powerful people in the world. Fighting that system will be an almighty task – but it is an urgent one.
Click to expand...

this is very, very sad and heavily instigated by the terrifying acceptance of white supremacy and inability of other human beings to cherish and respect life in general. these people did absolutely. nothing. wrong. and yet they faced their deaths yesterday at the hands of murderous snakes, all because they don't agree with their life choices/religion, etc. that to me is absolutely disgusting and these men should be lined up in a firing squad and taken out. i know that seems counter productive, which is why due process will be put to use here, but this blatant disregard for life is unacceptable and needs to be punished.

these men and other people who share the same sentiment of hatred and bigotry needs to be shut down. these men need to be made an example of. they need to be the poster children of those who will face consequences for their actions with abhorrent behavior like this. now the innocent victims will never be able to see their families again. they will never be fathers, mothers, brothers, sisters, aunts, uncles, anything anymore and that is just disgusting
You must log in or register to reply here.
Top Bottom