Time for the first Sprint and I've started to look forward to it. While I still think it a little silly and unnecessary, I've somewhat accepted it because it's sprint qualifying, not sprint race. Then again, I'm not too fond of them giving points for it, even the few, and I think smarter order for weekend would be two practices at friday and qualifying and sprint at saturday - but I guess that'd defeat the point of trying to get more action to each day.

Kaunisto said:
Time for the first Sprint
Click to expand...

What decides the grid for the sprint?

They still do a regular qualifying for it - 3 parts, 5 slowest dropped after first and second and third part deciding top 10.
The idea with sprint was to get something beyond practice for all three days of the race weekend, but as I said, if we're doing this format it'd make more sense to have double practice at friday and qualifying followed by sprint at saturday.

Silverstone may have not been the best track to demonstrate this, as we saw in the race that passing is pretty difficult (sure, it's almost everywhere, but even so).
The most positive thing we saw in the sprint was that tire choice can make it interesting. The few who dared to choose soft did notably better in this case. The length of a third of GP is good for exactly that, making tire choices difficult.

The intention for next season is that there'll be more sprint qualifyings (than the 3 now), but still only in part of races - among others, on street circuits it wouldn't work well.

Another considerably unlucky race for Finns.
Bottas is out at first lap first time in his career and get 5 place grid penalty for next race.
Räikkönen is once again barely out of points 11th and Alfa screwed that with unsafe release.

Meanwhile, a Frenchman takes his first victory for French team while another French driver takes the fastest lap.

In other conditions I'd be happy to see Williams grab points with both drivers, but that costing to Kimi and Alfa Romeo...

Rare mistake for Mercedes/Hamilton, just throwing away ten points and could've been much worse if he couldn't have taken Verstappen and Ricciardo on the stop. But whatever kind of mess, Hamilton falls on his feet once again, taking the championship lead.

Kaunisto said:
Rare mistake for Mercedes/Hamilton, just throwing away ten points and could've been much worse if he couldn't have taken Verstappen and Ricciardo on the stop. But whatever kind of mess, Hamilton falls on his feet once again, taking the championship lead.
Click to expand...

Just read an article about him. He's apparently not feeling well:

From the article: Lewis Hamilton saw his Mercedes team doctor after fighting back to third in the Hungarian Grand Prix, with his team saying he was “suffering from fatigue and mild dizziness” and Hamilton himself later revealing he’d had blurred vision while on the podium. 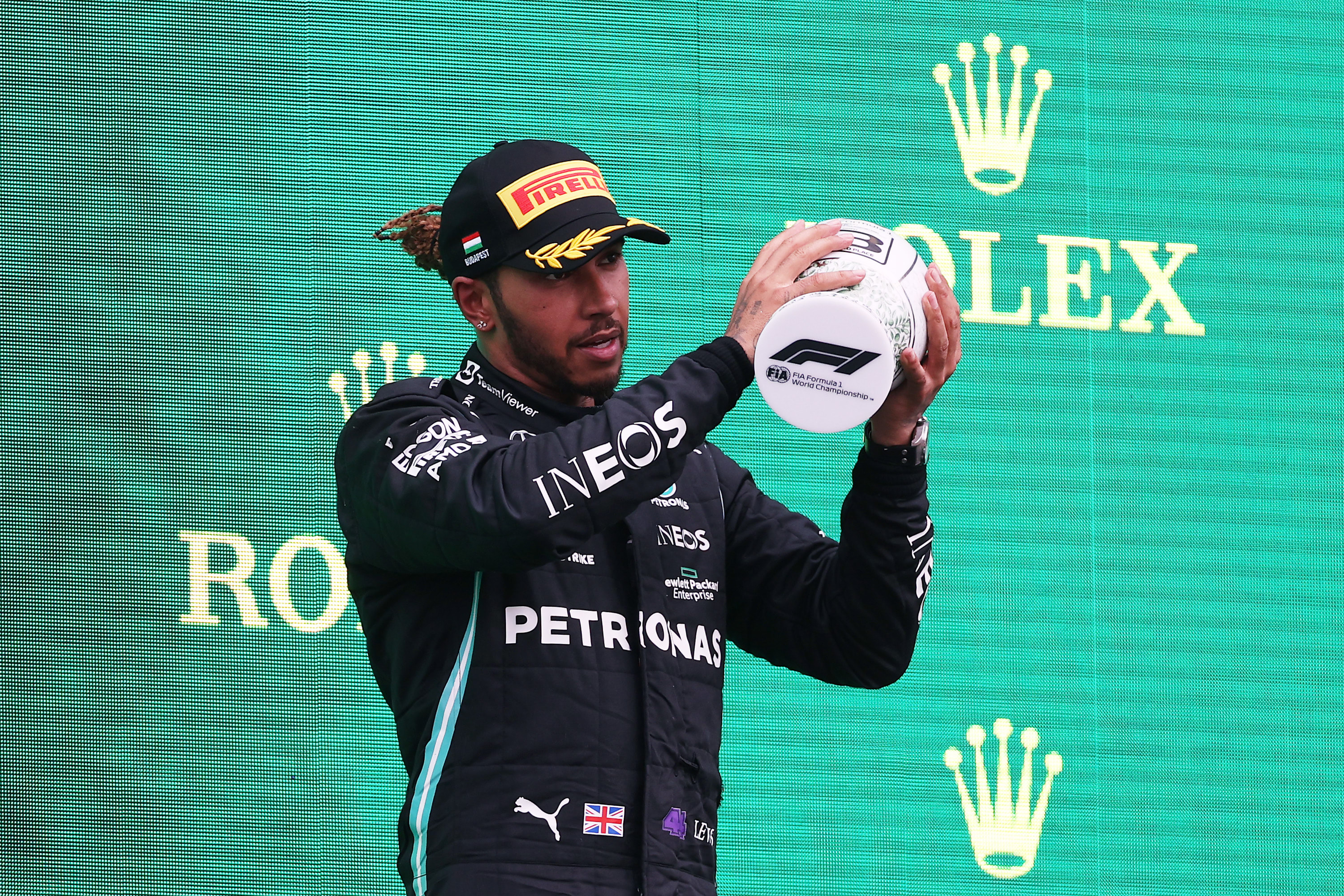 Lewis Hamilton saw his Mercedes team doctor after fighting back to third in the Hungarian Grand Prix, with his team saying he was “suffering from fatigue and mild dizziness”.

Was a very hot weekend, despite the sunday rain.

Kaunisto said:
Was a very hot weekend, despite the sunday rain.
Click to expand...

“I haven’t spoken to anyone about it but I think [the effects of covid are] lingering. I remember the effects of when I had it and training has been different since then. The level of fatigue you get is different and it’s a real challenge.

"I continue to train and prepare the best way I can. Today, who knows what it is? Maybe it’s hydration, I don’t know, but I’ve definitely not had this experience. Had something similar at Silverstone but this is way worse."
I hope it is only hydration that's making him feel the way he does.

Tough loss of points for Vettel and Aston Martin to get disqualified. Got to wonder where they went wrong with calculations to run out of fuel?

Kaunisto said:
Tough loss of points for Vettel and Aston Martin to get disqualified. Got to wonder where they went wrong with calculations to run out of fuel?
Click to expand...

Random question: Does he have to give his trophy to Hamilton and Hamilton gives his to Sainz? How does that work?

Makes me wonder what they do in Formula E, where there's much more often penalties and disqualifications after race. Mail them week later, after nobody can protest?

Japanese GP has been cancelled and may not be replaced.
For the previously cancelled Australian GP they are still looking for a replacement, apparently aiming to have 22 race season.

Next season driver list is almost ready (and it's pretty sad for Finns), only one name missing for Alfa Romeo.
Will Giovinazzi get to stay, could it be Formula E champion de Vries or does Chinese money bring a F2 championship competitor up?

Looks strongly that Guanyu Zhou will be the 20th driver 2022.
The reason Alfa Romeo doesn't say that out loud is that Zhou doesn't currently qualify for the FIA superlicense required for the series. However it's extremely likely he'll get the required credit by finishing within top 5 in Formula 2 this year - he's currently strong second. And even if he did miss that mark, FIA can make exceptions: Mazepin got license with less credit than he should've due covid, series and competitions where he could've earned more being cancelled. And if it gets close there are other tricks, F1 team just giving more test time to the driver. But this likely won't be an issue, with Zhou strongly competing for F2 title.
You must log in or register to reply here.
Top Bottom